Seasonality chart is a way to see how the asset was behaving in particular month. We've collected the data for years, so you may think of that as of statistics.

Simple Mode
In Simple mode (the default one) you can see every month is illustrated with a colored column and a label (i.e. ,"70% (+5%)"). Here's what this means. 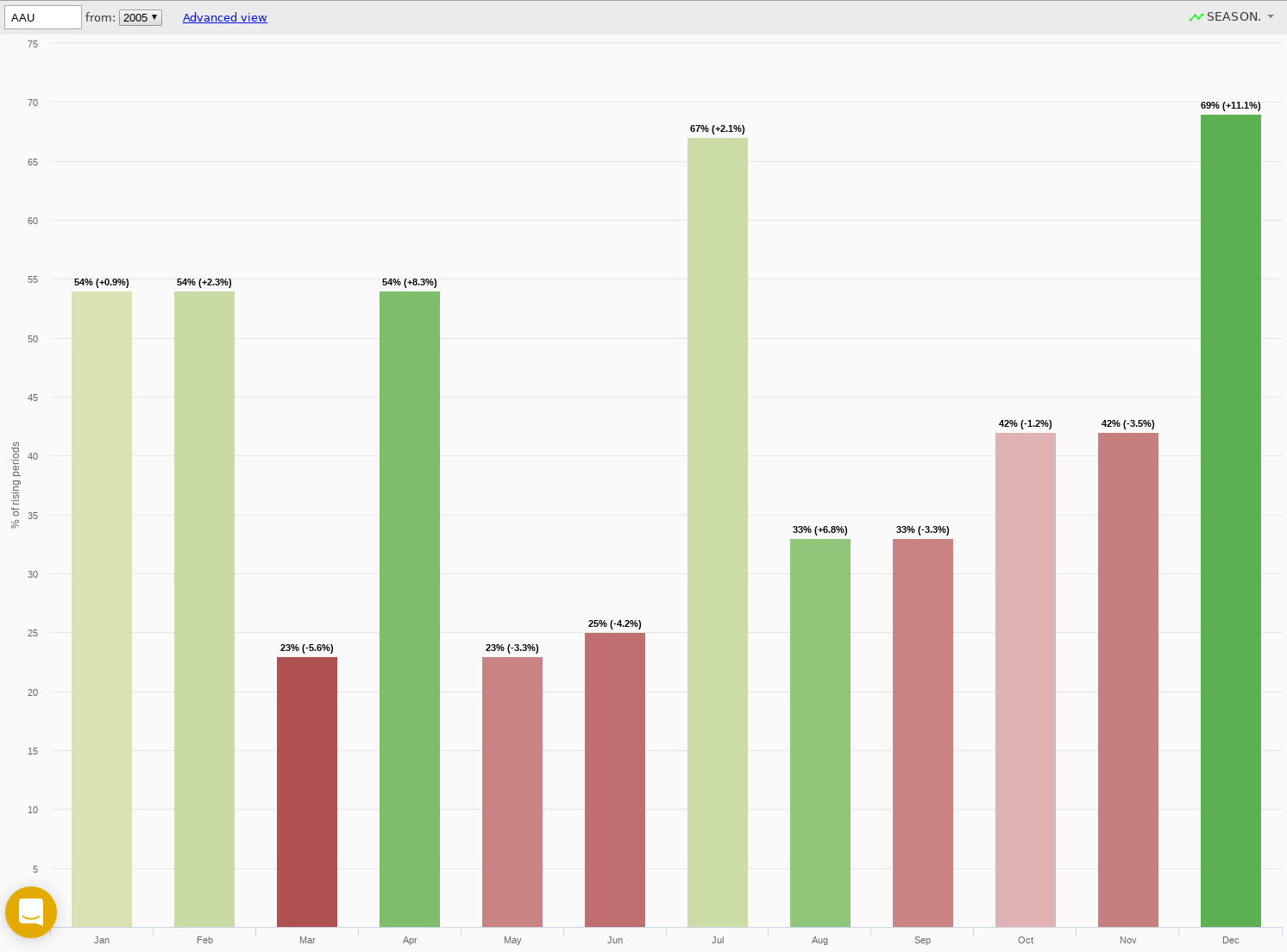 Green columns indicate the positive Change% values, red ones indicate the dropouts. The more intense is the color, the higher is the absolute value of a Change%.

So here's a number of conclusions you could draw from this chart (it's AAU btw), to illustrate the idea:

You also may see that AAU used to grow only in 23% of all Mays for 12 years. But what if you want to know what was happening all the other Mays ? Here's where you need the Advanced mode.

Advanced Mode
The Simple mode is nice, but actually it allows only for a sneak peek. If you want to dive into the real numbers, to see HOW exactly the numbers were distributed, you need to use the Advanced mode. This mode adds 3 new elements to the Simple chart:

Here's the Advanced chart for the same symbol as above.

You need to be familiar with box-and-whiskers concept in order to proceed.

Box plot gives you a way to see how the Change values were actually distributed. Red area indicates the area of negative Change values for the boxes.

I.e., here's a number of conclusions you can draw from this chart:

That's cool, but here are some more examples, which are rare findings (and thus are very valuable)